The streets I see are filled with big chunks of metal moving past, spewing gasses. That is how it appears to me, now, over a year since I sold my car. Sure, these chunks also include plastic, sometimes leather, probably rare earth metals for the electronics, and some stone for the glass. It is the metal, though, that contributes most to their mass, and that makes them seem disproportionately big and heavy when they are moving a 170 pound person up and down the road. According to Slate, the chunks weigh about 4,000 pounds, on average, with or without the driver.

These things also make significant noise if you are on the outside, like a monotonous wind or river stuck in a long-playing groove, a result of the tires bearing the weight and spinning, spinning, nearly constantly. Put these things with wheels about 20 feet apart on a highway at fifty miles an hour and you have a good sales pitch for the sale of noise-canceling headphones to the walkers, runners, and bikers (all of whose safety depends on hearing everything).

Nothing against cars in general, just the proportions. Sometimes one chunk of metal is so big and menacing that the person in the smaller chunk upgrades to an even larger chunk, hoping that if they collide the biggest chunk wins.

Nothing against cars in general, just their overuse in particular. As a luxury to take one out of town or as a tool for doing a job or transporting one’s children and dogs—irreplaceable. As the only considered means of locomotion, these chunks are an American love story, something more dangerous statistically than the American fascination with hand guns (another chunk of metal that spits). My friend worked at a 24-hour fitness center and would watch drivers in Boulder (the county with the lowest obesity rate in the state with the lowest obesity rate in the country)—he would watch drivers circle around the parking lot more than once in hopes of finding a close-up parking space in order to avoid walking too far to the treadmill.

Me? I buy modest amounts of stocks in metal chunk companies, especially when there’s a big recall or a scandal: if the stocks go up, I can afford a better bicycle, if the company goes bankrupt, I, well, that might have advantages. 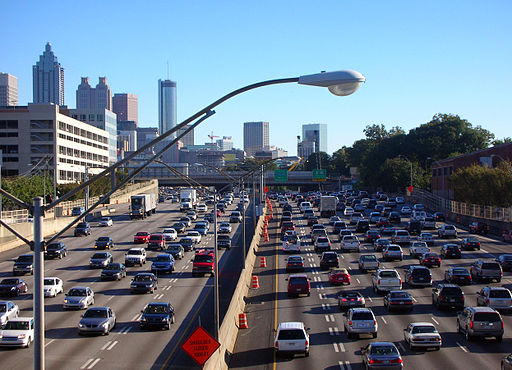